Difference between vulnerability, threat, and risk 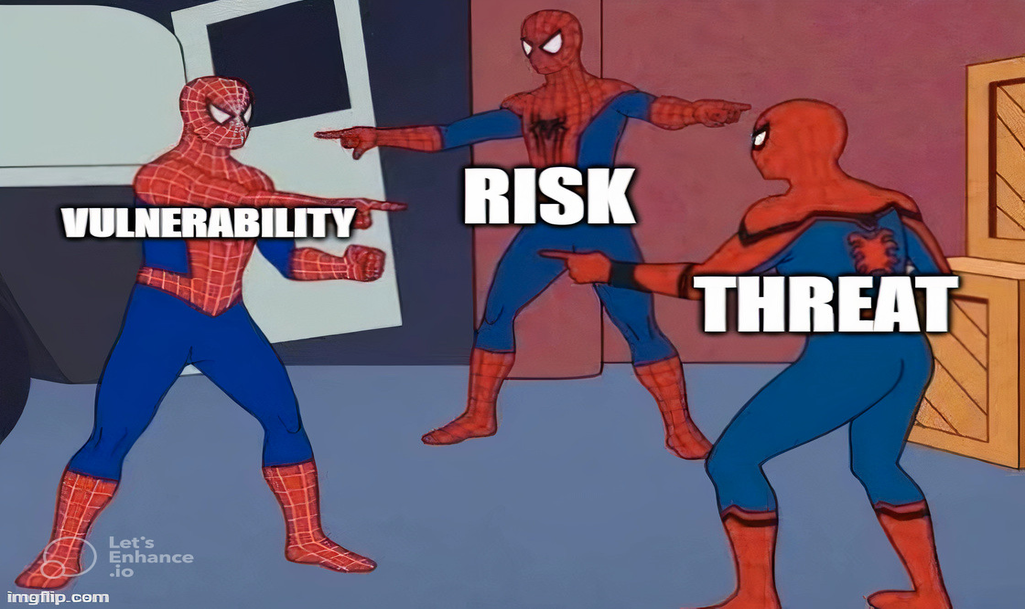 Vulnerability, threat, and risk are the most commonly used terms in cybersecurity and their understanding is very important to keep the company safe from attackers and build strong policies against them.

However, these terms are often mixed up as they are interrelated but not the same.

Vulnerabilities are the weakness present in a system or devices which may be exploited to get unauthorized access to the system. And the process of identifying, reporting, and fixing vulnerability is called vulnerability management.

Vulnerability will not be a big deal if there is no threat. Threat is a malicious act that has the potential to steal, damage, or destroy the system or network. Having a good understanding of threats helps in reducing the severity and taking the right decision in cybersecurity.

Risk is the probability that a given threat will exploit a vulnerability present in the system or devices which can cause damage to the organization. Risk can never be removed but it can be managed to reduce its impact on the organization.