What is HTML injection? 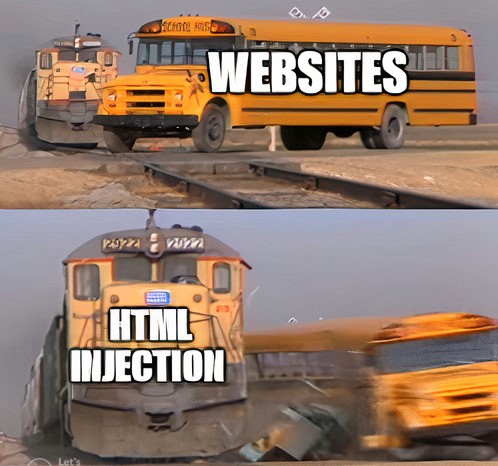 Hypertext Markup language (HTML) is considered the backbone of any web application as the whole structure depends on HTML code. What if this HTML code is misconfigured and has a security vulnerability? It could lead to an HTML injection attack which means an attacker can take advantage of this and can inject malicious HTML into this web application to modify a web page presented by a web application to its users in order to gather data from them.

It can also be subdivided into three parts:

In this attack, the malicious HTML code is not kept on the website permanently but this attack occurs when a website reacts right away to malicious input this is done by the POST and GET methods.

In this attack, the malicious HTML code is permanently saved into the web server and it gets executed each time a user invokes the necessary functionality.

Suppose the attacker discovers a site that has injection vulnerability, then the attacker crafts a malicious link and sends malicious HTML content injected in it to the victim through email or some other mechanism, and then the user as soon as clicks on this malicious link thinking it is as a trusted domain the injected HTML code is rendered and ask for the victim's privileges and when the user enters his data instead of sending this sensitive information to the web site server it is sent to the attacker’s server which allows him to gain access of this information and also he can compromise the user’s computer.