What is the EPSS scoring system? 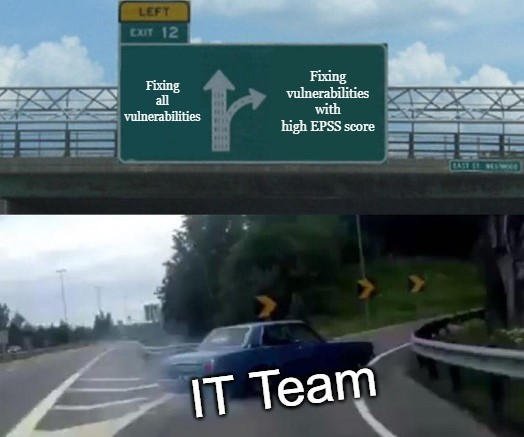 Exploit Prediction Scoring System (EPSS) is used to estimate the probability that a vulnerability will be exploited in the system. It helps in prioritizing the vulnerability remediation efforts in conjunction with an existing CVSS score.

CVSS scoring system is used to identify vulnerability and on the basis of its characteristics they are classified into different severity levels but they are limited to assessing the threat while the EPSS fills the gap because it uses current threat information from the CVE database. The EPSS probability score is between 0 and 100 (in percentage) the higher the score of vulnerability the higher the chance of getting exploited.

How EPSS can be used to prioritize vulnerabilities:

Vulnerability Detail: runc through 1.0-rc6, as used in Docker before 18.09.2 and other products, allows attackers to overwrite the host runc binary (and consequently obtain host root access) by leveraging the ability to execute a command as root within one of these types of containers: (1) a new container with an attacker-controlled image, or (2) an existing container, to which the attacker previously had write access, that can be attached with docker exec. This occurs because of file-descriptor mishandling, related to /proc/self/exe.